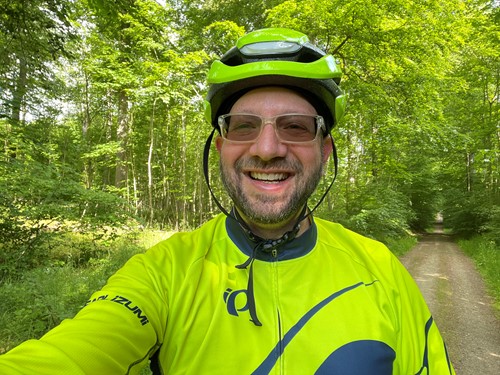 My children have Ukrainian refugee children in their classes. They are here in Denmark with their mothers, while their fathers fight for their lives back home.

My children have been told not to ask about their Ukrainian classmates’ fathers.

When they come home, they ask. We talk about politics, violence, war, death, autocracy vs democracy, freedom, and survival. They ask if I would fight? For what? And why? Would they leave with their mother while I stay? Would we all leave? What would we do if we couldn’t leave?

There is no shortage of hard topics at home these days.

I have moved around the world a lot as an adult, but always of my own volition. I have been a migrant seeking adventure and better economic opportunities than I saw back ‘home’ in Canada. I realize how incredibly fortunate that makes me.

But my roots run deep in refugee soil. My grandparents and great-grandparents escaped Pogroms and Nazis and the Arrow Cross to come to Canada with nothing but the clothes on their backs. They worked to the bone to provide better lives for their family. A few generations later I am staying in 5-star hotels in the countries they escaped.

Growing up, I never saw my family as “refugees” because those are people huddling in tents on TV, not us. It’s only in hindsight that I can look back with clarity and understand the risk assessment they made in escaping the gallows for the unknown.

Many of my friends in Junior High and High School in North York were refugees fleeing war, famine, and political and economic instability in their countries of origin – like Vietnam & Iran specifically. I could call them out here, but don’t want to inadvertently embarrass anyone.

Nobody likes to be considered a refugee, particularly after clawing your way up and out of that status. We should probably all be more honest about this when we talk about immigration, and the ROI of open borders. So many of us have roots like mine that only exist because their ancestors had the opportunity to seek refuge in a storm.

That’s a really long introduction to some fundraising I am doing for a bike ride this coming weekend. Some of my friends with roots in Iran, India, Mali, Canada, England and Denmark are biking around the Øresund – a 120km route (approximately 75 miles) – to raise money for Ukrainian Refugees in Denmark.

We will ride North from Copenhagen to Helsingør, have a quick visit to Kronborg Castle (Immortalized as Elsinorem Castle in William Shakespeare's play Hamlet), then take a ferry across the Øresund Strait to Helsingborg in Sweden. From Helsingborg, we will ride South to Malmö, and then take the train over the Öresund Bridge back to Copenhagen. My plan is to then dive into the Baltic Sea to cool off, and I hope my friends join in! We’ll see.

This will be the approximate route: https://ridewithgps.com/trips/2949341

Super idea, Jeff and Co. Hope you had a great ride! Love from Tina, Jens and kids.